On the 14th September 2019 I took part in day one of the Richmond Runfest. First of all I paced the sub 45 #funbus at the Kew Garden 10k for the 3rd year in a row. I have been organising the Pacers for this event for the past 3 years, and you can check out my review from Kew Garden 10k 2018 HERE. This kicked off the start of a busy 2 months of pacing, with the 76th event I have been an official pacer. I then went back for the inaugural Richmond Sundown 5k.

I arranged for the Pacers to meet up at 07:30 to ensure we were all ready to go. We parked just outside, and there are plenty of areas you can park for free. Unfortunately some of the flags were damaged, but there was at least 1 flag and 2 pacers for every 5 minute slot from 40 to 70 minutes.

I made my way to wave 1 with Alex to get ready for the 45 minute #funbus. I didn’t have a flag because there was only one, and I was more than happy for Alex to have it. Runners started to form around us ready for the start, and I gave everyone a race brief. Part of being a pacer is putting people at ease before the start, and also building their confidence. I explained that we would be running consistent even splits, and I described the race course to everyone.

Kew is such a beautiful course for a 10k. If you have ever been to Kew Garden you will know why, if you haven’t you definitely should. The entire route is a beautiful Garden, and we are lucky to be able to.run through it.

Alex ran slightly ahead, and I was vocal as usual ensuring that everyone knew how we were getting on. I had a good group of runners with me, one of whom was Baze, so I will be featuring a bit on his YouTube channel. A few of my pictures are stills from his video (thanks Richard).

The course is mostly on path. It can get a little crowded, I notice this more further back in the race, as the course twists and turns and there are plenty of sections that you see runners from other waves. I’ve never had a problem with congestion, and I think this is helped by the waved starts.

There is one point that you run through trail paths, so it’s important to take care under foot. But the entire course is inside the grounds of Kew Gardens, and is completely flat. Which makes running nice steady pace straightforward.

The markers are in kilometres and alway appear to be well placed. This is jut such a great event, which I’m pleased to be part of. As we approached 9 km I called for everyone to get in front of me, encouraging everyone to getas close to Alex as possible. I then finiedd in an official time of 44:48.

The finishers tee and goody bag is really good, but the best gift for the end is the entry to Kew Gardens. 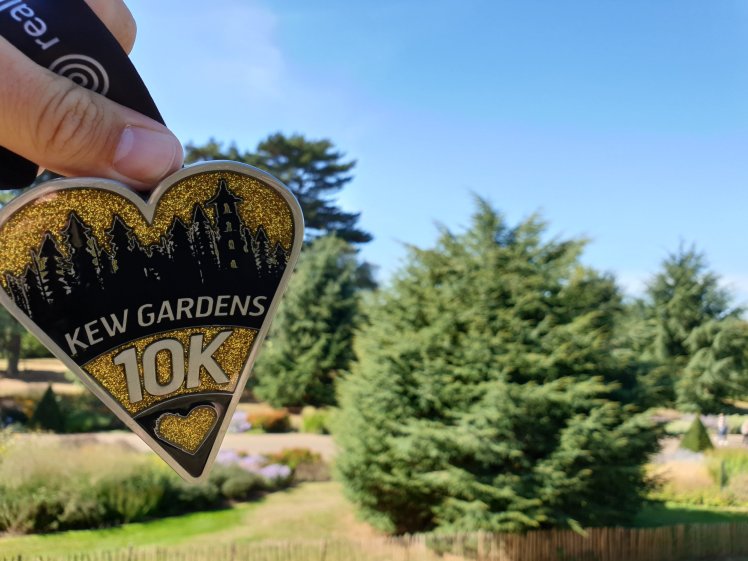 This year I stayed with my family, and looked around with Jonathan and Austin (who were also pacing) and their families. We spent the whole morning there, and enjoyed pizza for lunch. Entry for a family is 42 pounds, and 18 pounds for an adult. However, friends and family are welcome for free on race day.

It was lovely walking around afterwards , and hearing what the kids hd been up to all day. 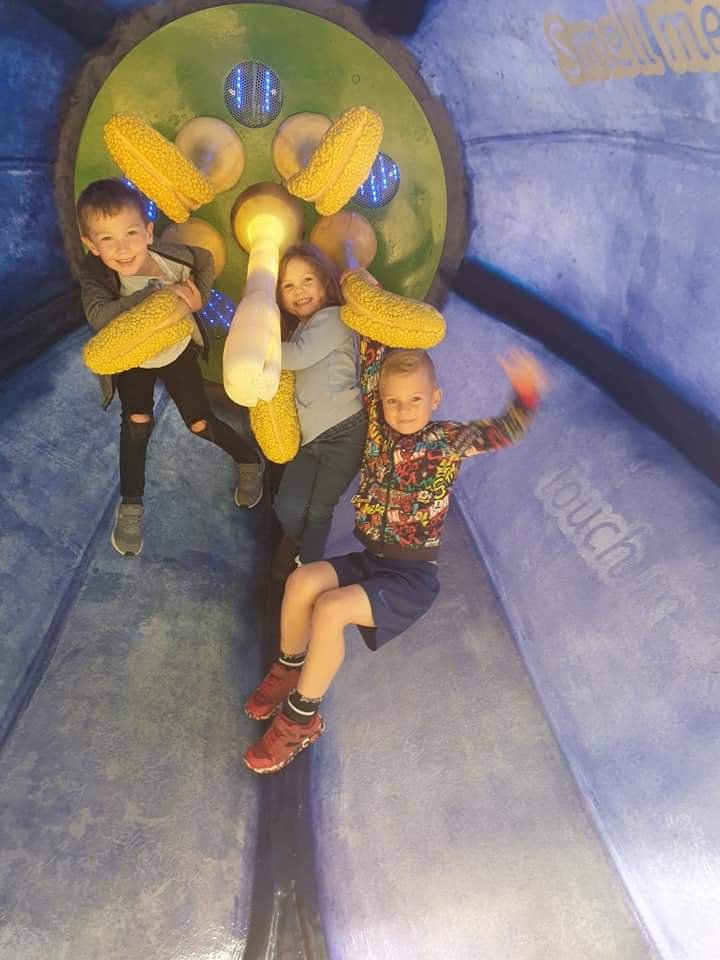 This year was the inaugural evening 5k. So, later in the evening I made my way with Jonathan to the Old Deer Park in Richmond ready to run whilst the sun went down. I saw lots of friendly faces at the start, including Laura from my Brooks #runhappy team.

I had planned a fairly steady run of 22 minutes. I was running with Jonathan and Laura said she was aiming for 21-22, so I decided to stick just behind. The course is flat and mostly on grass, with a small paved section. It is a little technical with a few twists, and is two laps.Laura set the pace a little faster than I had intended, but it was comfortable, so I stuck with it. Jonathan was with me the whole way and we spent a lot of time overtaking as we hadn’t started right at the front. At about 2.5 km we passed Laura and kept the pace strong, but steady. At 4 km I decided to pick up the pace, and Jonathan stayed with me. A the last 200 metres Jonathan made a run for it, which ended in a sprint finish.

All a good laugh, and I think the finish photo will show that I took the gun. However, the race chip results has me one second behind in a respectable 20:27.

Once again a fantastic tee was included in entry for an extra 4.50 in entry fee. A nice goody bag including a drink from the fullers bar, which is ideal for me as a London Pride drinker.

Over the weekend there are the two events on the Saturday, and choice of Half or Full marathon on the Sunday. If you take part in any two events you get the Goddess of Victory medal. I didn’t have to wait until the Sunday to collect mine.

Next up Richmond Marathon.